I first met freelance writer/marketing consultant Colin Berry right after he and his wife had moved to L.A. from the Bay Area. On the advice of a friend, they had both enrolled in my 5-week Networking BootCamp and, because they are a particularly striking couple, they totally caught my eye each week as they sat side-by-side at the back of the room.

The end of that BootCamp might have been the end of our relationship had we not serendipitously run into each other one night at a very crowded “art walk” in downtown L.A. I figure, why argue with divine intervention? Since then, I have been following the arc of his journey (and enjoying many of his “crack chicken” dinners – he’s an excellent cook).

I had been hearing bits and pieces of the bigger goals that he had simmering inside in mind… and, as you can probably guess, it is VERY difficult for me to resist a smart person who just needs a few nudges in the direction of their dreams…

…so naturally, I was delighted when he decided to work with me for a year (as I now had free reign to nudge away)!

Colin shared his plans and desires to eventually become a nationally recognized leader within (and significant contributor to) the movement to support and connect emotionally evolved, conscious men.

I knew his goal was completely achievable.

Colin had already used his skills as a communications specialist to clarify the missions and overhaul the systems of several non-profits and philanthropic organizations. But he had been doing those projects on the down-low… “here-and-there” and “on-the-side” of his other writing work. He had not been championing his work in this area and he certainly hadn’t been offering these services to the public in a dedicated and structured way.

To be an effective leader of others, you first need to be able to lead yourself – to fully own who you are, your level of expertise, the positive impact you generate, and the value that your services are worth.

Colin went through that ownership process as he created the website for his new, clearly defined business as a Brand Whisper and Cause Evangelist. He elevated his position in the marketplace via his web design, case studies, testimonials, packages, and pricing.

Thus, one of the most valuable things clients learn during a Leap Year is how to recover and recalibrate throughout the ups and downs and twists and turns.

Colin’s year took a definite twist when he and his wife decided that the next part of their journey together required Colin to get a full-time, 40-hr-a-week job-job.

I know – that’s NOT a fun transition for a long-time freelancer to have to make – even temporarily.

We focused on the fact this employment detour would provide opportunities to strengthen two important muscles that Colin would need to have in order to accomplish his Big Dream:

2) to gain experience in (and an understanding of) the corporate world – which will help him later on with sponsorship deals, etc.

Colin heeded the guidance I gave him, and, by doing so, was able to retain enough time and energy to continue serving his freelance clients and moving his other goals forward throughout his term of employment.

And, because he was willing and able to adapt his plan to accommodate the immediate needs of his personal life, he and his wife were eventually able to move into their dream house (for realzies!) in Portland, Oregon, where his wife found a dreamy new job which enabled Colin to turn his full attention back to making his next big leap.

Play the video below to watch an interview with Colin filmed a few months prior to the end of out time together:

A big hug of appreciation to Mr. Berry – not only for putting his trust in me but also for allowing me to share his story with you. Thanks, Colin! 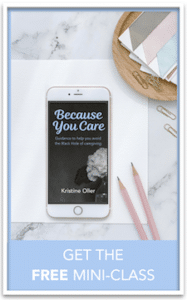 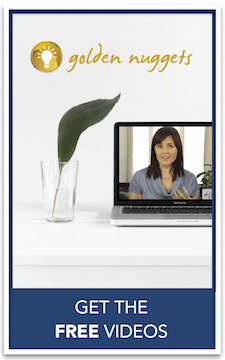